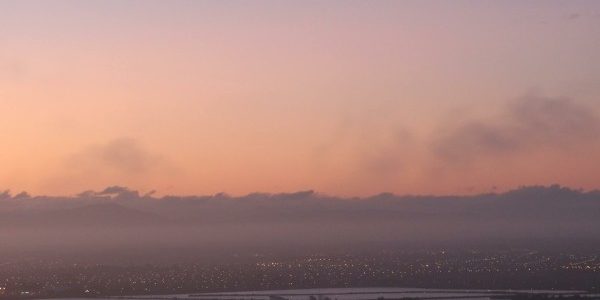 Why acupuncture is effective for women with insomnia.

The incidence of insomnia amongst the general population may be as high as 58%. Significantly, a higher prevalence of insomnia occurs with women than men. Research now suggests women’s sleep can be profoundly influenced by stress and reproductive hormones. Conversely, chronic sleep deprivation is associated with fertility issues. Research also shows acupuncture influences many of the mechanisms related to sleep onset and maintenance, making it a good and safe option for women trying have babies.

Female shift workers have a higher incidence of fertility challenges than non-shift workers. Chronic sleep deprivation also increase risks of mental illnesses, cardiovascular disease, stroke, lowered immune function and eating disorders. Additionally, glucose levels taken from insomniacs are similar to people who are pre-diabetic. Poor memory, decreased cognitive and physical performance, and impairment of problem solving ability increases in prevalence with less than 61/2 hours sleep. Effective diagnosis and treatment of insomnia is therefore essential for the management and prevention of a variety of women’s health issues – including infertility..

Female hormones and acupuncture affect melatonin
Acupuncture mediates many physiological processes involved with sleep. Studies demonstrate its effect on increasing nocturnal melatonin levels. Nocturnal production of melatonin is reduced in patients with insomnia. Melatonin possibly influences sleep via its actions on the neurotransmitter GABA. GABA is an anti-opioid which affects sleep onset and maintenance. Oestrogen has been found to lower the number of GABA receptors in the CNS and to shorten sleep onset time, while progesterone reverses this effect. Declining oestrogen levels, on the other hand, are associated with more frequent waking. These findings support the idea that hormonal fluctuations have a profound effect on some women’s sleep. Furthermore, if acupuncture influences GABA, it would suggest it to be particularly effective for insomnia during times of declining oestrogen levels, such as in premenstrual or menopausal stages.

Serotonin and insomnia in women
Increasing serotonin appears to be an effective treatment for insomnia in women. Serotonin is a neurotransmitter strongly implicated in depression and chronic stress. It is also affected by oestrogen and progesterone fluctuations. Serotonin deficiency in some women has been associated with a greater sensitivity to progesterone.

Antidepressant medications, particularly selective serotonin re-uptake inhibitors (SSRI), are becoming more commonly prescribed to women with insomnia. However debate continues as to their suitability for non-depressed patients due to side affects such as continued drowsiness after waking. Other pharmacological treatments include sedative-hypnotic agents and antihistamines. Similarly prolonged drowsiness, dependency and tolerance can become issues for some patients. Men and women trying to conceive ideally will not be using pharmaceutical drugs. Studies show acupuncture has minimal adverse effects in comparison and may be an effective option to improve sleep due to its influence on serotonin levels.

Physiological stress responses affect sleep
Insomnia can be experienced as a stressor, or indeed be caused by stress. Beta-endorphin is an opioid associated with mood enhancement which tends to become elevated during periods of stress. Studies suggest melatonin also interacts with the opioid system and may therefore play a protective role during physiological stress response. Significantly, acupuncture increases beta-endorphin production. Additionally, chronic insomnia and stress are both associated with prolonged sympathetic nervous system activity and subsequent excessive release of the ‘fight-or-flight’ neurotransmitter, norepinephrine . Acupuncture has also been found to modulate norepinephrine release, which is normally regulated by the parasympathetic nervous system. The interrelationship between parasympathetic-sympathetic activity has been compared to that of Yin–Yang. When each system functions in a healthy manner, regulation of the body occurs harmoniously.

Night time cortisol levels, which usually drop to allow sleep to occur, have also been found to remain elevated in people who are sleep deprived. Acute stress activates the hypothalamic-pituitary-adrenal (HPA) axis causing the pituitary gland to stimulate the adrenal production of cortisol. Cortisol in turn, acts to decrease activation of the HPA axis allowing it to regulate its function. However in situations of chronic stress, cortisol continues to be released.

Female reproductive hormones also affect the neural and adrenal hormone mechanisms involved with stress response, via the (HPA) pathways. Prolonged activation of these hormonal and neural stress responses can adversely affect the body. Some women’s physiological reactions to stress are strong enough to cause changes in the reproductive system, such as absence of periods. On the other hand, increased oestrogen levels in menopausal women have been associated with a duller HPA response to stress. However adequate sleep has also been shown to have an inhibitory effect on these neural and adrenal hormone responses. Thus, female reproductive hormone levels, stress responses and sleep appear to significantly influence each other.

Traditional Chinese Medicine for insomnia
In Traditional Chinese Medicine (TCM) insomnia is caused by the inability of the Shen to settle. Shen resides in the Heart where it is anchored by Blood and Yin. It is involved with intellect, conscious awareness and responsiveness. Psychological/mental activity is an aspect of Yang. When Yang becomes excessive, Blood and Yin can become depleted. Poor nutrition according to Chinese medicine principles, also depletes Blood and Yin. This inhibits the Shen from settling in the Heart at night, leading to insomnia. Lifestyle and emotional responses all affect the Heart and Shen. The Heart reflects the harmony, or disharmony of the other organ systems. Conversely, “ The Heart must be, tranquil and peaceful, and that then allows all the transformations which make up the life of the body”. In other words, sleep affects the health of the body and mind, and vice versa. Consequently TCM treatment of insomnia considers the entire body-mind relationship of the patient.

Other suggestions
Sleep hygiene must always be considered when treating insomnia.  Develop healthy wind down habits at the end of the day. Television, working late and computers are very stimulating on the brain so have a period of time before bed without them. Despite common belief that exercise improves sleep, no evidence supports this. But everyone is different so try different things and see what helps you. Most women reporting insomnia have difficulty falling asleep. Maintaining sleep is more of an issue as women age. A study suggests many insomniacs internalise their emotions causing increased mental and physiological activity during the night. Furthermore some studies show women are often unable to sleep due to unresolved issues. TCM emphasises good health requires maintaining stillness of the Heart/mind. Unsurprisingly then, behavioural cognitive therapy (BCT) appears to provide greater long term sleep improvement than drug therapy.

Although relief can be obtained from acupuncture quite quickly, to prevent relapse it is likely regular treatment over a longer period of time will provide greater sustainable improvement in a woman’s sleep and overall health. Also, consider getting some input about your diet from a Chinese medicine practitioner. Many people think their diets are healthy but they aren’t optimised to build the Yin and Blood necessary for healthy sleep to occur.

Anti Inflammatory Drug Risks: So What Are Good Alternatives?
February 3, 2016

Oh my goodness did we need to get out today! 🤪

This is me all bundled up in Siberia, Russia, this

Cleaning up your diet and life style can improve y

Learn about the importance of a fertility diet - a

Time out can take many forms. In this case, winter