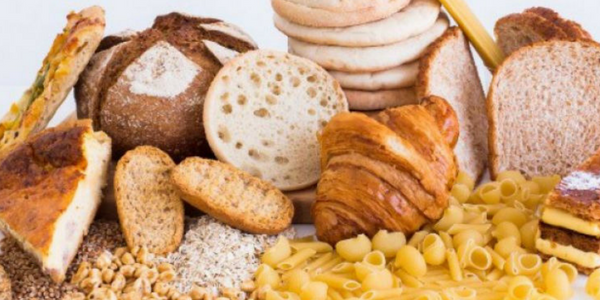 What You Need to Know About Gluten And Fertility

There have been a number of discussions in recent years regarding gluten and fertility.  Some claim that a gluten free diet will help increase one’s chances of getting pregnant, while others say there is no real effect at all. As with many foods, there is no one size fits all and an appraisal of your individual presentation is important to consider.

Gluten is a protein substance found in rye, barley, cereal grains and especially wheat.  It is responsible for the elasticity of dough and the chewy consistency of food made from wheat flour, like bread and pasta. You will also find it added to many processed foods to thicken or create bulk or texture. Commonly you will find it in commercial soups, sauces, dips, pre-cut fries, chocolate bars and a variety of other food types.

Gluten is not bad, in general, but there are some people who are gluten sensitive or intolerant.

It is estimated that 1 in every 100 people suffers from celiac disease, a serious autoimmune disorder that can occur in genetically predisposed people where the ingestion of gluten causes inflammation, irritation and possible tissue breakdown along the digestive tract. There are also those with non-celiac gluten sensitivity (NCGS), or people who have reactions to gluten but lack the characteristic markers of celiac disease. However, both react differently when breaking down gluten during digestion and nutrients are not being properly absorbed by the body and both are often undiagnosed.

How does gluten affect fertility?

Gluten and fertility issues are a real issue for some women. If a woman with gluten sensitivity does not deliberately go on a gluten-free diet she is effectively putting herself in a chronic inflammatory state.  The inflammation develops in the lining of the small intestine that interferes with nutrient absorption, including the ones needed for healthy conception and pregnancy. Nutrients such as zinc, selenium, iron, vitamin D, and calcium are all vital to conceiving and carrying a healthy pregnancy to term.

What can be done?

Although not a lot of studies have been made, some have shown that among couples who have been trying for years to conceive, those that eliminated gluten from their diet have had a better chance of conceiving and establishing successful pregnancies.

In the past, I routinely tested fertility clients for celiac markers. Only once have I found someone who tested positive for celiacs disease but who reported having no symptoms typically associated with gluten issues. This person had been struggling with infertility for a few years with all usual fertility testing showing nothing out of the ordinary however. It may have been that removing gluten from her diet was in fact all that needed to change to achieve her baby dream. Now I recommend gluten exposure is either eliminated or kept to a minimum. If you are struggling to conceive and are reluctant to eliminate gluten completely, then I recommend you get tested to rule out an issue between gluten and fertility – just to be sure.

I frequently see people who gain improved digestive processes and energy when they remove or greatly reduce their gluten exposure. So now, I suggest to anyone who has any of the following symptoms, to try at least one week completely gluten free. If symptoms improve then that could be an indicator that gluten is creating an inflammatory environment in their body which could potentially be affecting their fertility.

Becoming gluten free requires some vigilance but is not difficult to do once your have established where your exposure is from.

Ovulating but struggling to conceive
December 13, 2019

Oh my goodness did we need to get out today! 🤪

This is me all bundled up in Siberia, Russia, this

Cleaning up your diet and life style can improve y

Learn about the importance of a fertility diet - a

Time out can take many forms. In this case, winter